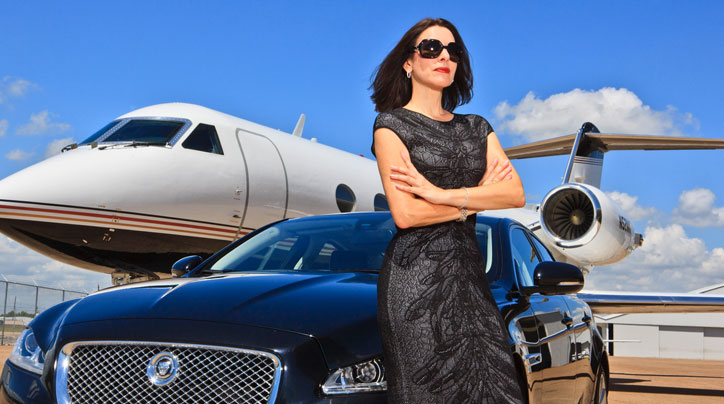 HOUSTON, Texas (Feb. 1, 2016) – Janine K. Iannarelli, founder and president of Par Avion Ltd., has been re-appointed to the Texas Aerospace and Aviation Advisory Committee by Governor Greg Abbott for a four-year term, effective retroactively to Sept. 1, 2015.   The Office of the Governor also named Iannarelli as the presiding officer of the committee.

The current committee of 10 appointed members volunteers their time and expertise to assist in the state’s economic development efforts to recruit and retain aerospace and aviation jobs and investments. The committee is supported by the Director of Aerospace, Aviation, & Defense Department within the Economic Development & Tourism Division, Office of the Governor.

Iannarelli was originally appointed to the Texas Aerospace and Aviation Advisory Committee by Governor Rick Perry in October 2014. A resident of Houston, Iannarelli is regarded as a pioneer among women in the highly competitive field of business aircraft sales. Established in 1997, Par Avion is engaged in the buying and selling of pre-owned business jets, with a specialization in complex cross-border transactions.

“I am delighted with this reappointment, and I am prepared to contribute my time and energy to assisting with the continued growth and development of aviation in the State of Texas. To serve as the presiding officer of this committee is an honor, and I will work diligently to exceed expectations.  I look forward to serving Governor Abbott and the State of Texas, and I am most appreciative of the Governor’s recognition of my qualifications.   Texas is aviation-friendly, and our Governors have demonstrated their interest in seeking out new opportunities in the aviation industry and encouraging both established and new businesses and entrepreneurs to come here to grow.  I welcome the opportunity to serve as a business aviation ambassador for the state and thereby spread the message that Texas is wide open for aviation business.”

Iannarelli is an active, long-standing member of the European Business Aviation Association, the National Business Aviation Association, and Women in Aviation, International. She is a well-respected and highly sought after leader who mentors and speaks on topics such as business development, marketing, and entrepreneurship for educational, business and professional organizations throughout the world. She also serves as a reliable source for news and commentary on the business aviation industry for national and international media outlets. Iannarelli was named a Great Woman of Texas in 2011.

Par Avion Ltd. is an international business aircraft marketing firm that specializes in the sale of pre-owned business jets with an emphasis on large cabin, intercontinental range aircraft. While widely recognized as a leading purveyor of pre-owned Dassault Falcon Jets, Par Avion’s sales expertise includes that of the Bombardier, Citation, Embraer, Gulfstream and Hawker business jet product lines. Exclusive representation, acquisition on demand, and the oversight of an aircraft sales transaction are the key services offered by the firm. For further information, please visit paravionltd.com or contact Iannarelli at +1.713.681.0075 or jki@paravionltd.com.

About the Office of Aerospace, Aviation & Defense and the Advisory Committee

The Office of Aerospace, Aviation, & Defense was created by the 78th Texas Legislature. The goal of this office is to encourage economic development in Texas by fostering growth in the aerospace, aviation and defense industries in the state. This office works closely with the business communities in commercial and general aviation, space, defense, manufacturing, education, and workforce.