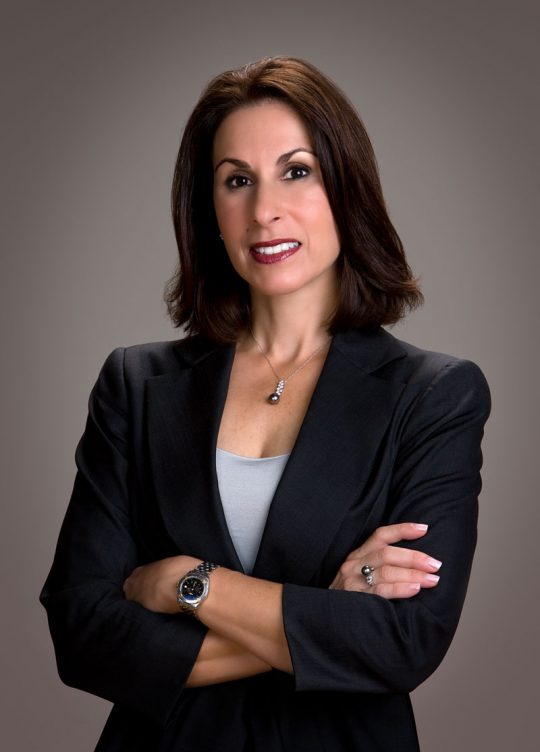 Janine K. Iannarelli is the founder and president of Par Avion Ltd. She has more than 35 years of business aviation experience representing numerous corporations and private individuals worldwide with the sale and purchase of business aircraft. Par Avion is an aircraft marketing firm that specializes in the exclusive representation and acquisition of aircraft with an emphasis on pre-owned business jets. The scope of her experience with aircraft sales transactions reaches well beyond the procurement process in that she has in-depth interactions with OEMs, maintenance facilities and completion centers specific to business aviation. Ms. Iannarelli also works directly with designated representatives of the Federal Aviation Administration as well as with many other countries’ civil aviation authorities where she has placed or procured aircraft.

A 1983 graduate of Montclair State University in Upper Montclair, N.J., Ms. Iannarelli earned a Bachelor of Science degree in business administration with a specific concentration in marketing and a minor in psychology. She studied the French Language at L’ALLIANCE FRANCAISE de Houston and earned continuing education credits from Rice University in Houston, Texas. She is a current member of the National Business Aviation Association (NBAA), European Business Aviation Association (EBAA), Women in Aviation, International (WAI), and the American Marketing Association. In February 2016, Ms. Iannarelli was invited to serve on the EBAA Associate Members Advisory Council(AMAC) Sales and Acquisition committee providing expert input on international sales transactions and in March of 2017 was appointed its Chair. In October 2019, she was elected Vice Chair of the Board by her fellow AMAC Chairs. Ms. Iannarelli is listed at the NBAA Web site as a source “Available to Comment” to local, national and international media. In November 2020 Ms. Iannarelli joined the NBAA Mentoring program for young aviation professionals. She continues her education by attending industry–related seminars sponsored by the NBAA, Professional Aviation Maintenance Association (PAMA) and various manufacturers and aviation product vendors.

In January 2016, Ms. Iannarelli was reappointed and named presiding officer by Governor Greg Abbott to the Texas Aerospace and Aviation Advisory Committee where she served until April/2020. Included among the accolades and awards bestowed upon Ms. Iannarelli is being named a Great Woman of Texas by the Fort Worth Business Press in 2011; named by the Texas Women’s Chamber of Commerce as one of the final four for the Texas Business Woman of the Year, April 2016 and again in July 2017; one of three inducted into the Aviation Hall of Fame of New Jersey, September 2016; named among the “99” finalists for inclusion to the National Aviation Hall of Fame of Dayton, Ohio September 2016 to present; honored by Texas Executive Women as a Woman on the Move November 2016; named by Enterprising Women Magazine as a 2017 Enterprising Women of the Year Champion. In 2017, Ms. Iannarelli was honored as one of the “Women Who Mean Business, Outstanding Leader in Professional Services” by the Houston Business Journal and one of four Houston area women for being leaders in STEM related fields by GIRLSTART. Houston Woman Magazine named her as one of Houston’s 50 Most Influential Women of 2017. In the Fall of 2019, Corporate Jet Investor declared Ms. Iannarelli as one of America’s Top Dealmakers. Ms. Iannarelli has recently been selected by the American Leadership Forum as a member of Class LV which will graduate 25 area community and business leaders in the spring of 2022.

One of many notable adventures in Ms. Iannarelli’s career was her involvement in the ferrying of a Falcon 10 and 100 from the tip of South Africa to Texas in 1997. Making this adventure unique was that Ms. Iannarelli was surely the first woman aircraft broker to undertake this endeavor. The range of these airplanes dictated that a number of stops en route would need to be made, particularly on the African continent, traveling within range of then war-torn countries and negotiating with local ground support whose first language is French. The experience included traversing the Sahara Desert, the Atlantic Ocean to the Canary Islands and on to Europe. The North Atlantic leg posed one of the greatest challenges given that flight planning is especially critical with a short-legged airplane

As a sought-after mentor and inspirational advisor, she often speaks before women’s and youth organizations about career development and life skill sets necessary to navigate the business world. Ms. Iannarelli routinely serves as a reliable source on a variety of business aviation and small business topics for local, regional, national and international media. She is a regular panelist and presenter at industry events that focus on current valuations and trends in the new and preowned global marketplace for aircraft.

Ms. Iannarelli is a passionate supporter of the arts and charities that benefit children and animals and an advocate for the advancement of women in the business world. She commits both her personal time and resources to these endeavors. She co-chaired the Lone Star Flight Museum’s 2019 Blue Skies Gala, which raised more than $700,000 for the Aviation Learning Center and other STEM initiatives. In 2017, she was appointed to the Advisory Board of Houston PetSet and in 2018 to the Houston GIRLSTART Council. She is a past board member of Mercury, The Orchestra Redefined and over a 35 year period, has supported The Pin Oak Charity Horse Show in a variety of roles, including as a sponsor, board member, competitor and volunteer. The Pin Oak Charity Horse Show benefits Texas Children’s Hospital. Ms. Iannarelli also serves as an Ambassador for Texas Children’s Hospital. She is a founding member of the Peace Parks Foundation headquartered in Stellenbosch, South Africa. Ms. Iannarelli is an avid cyclist and an accomplished equestrian who competed for over 30 years in the amateur divisions at hunter/jumper shows at the regional and national level in the United States.